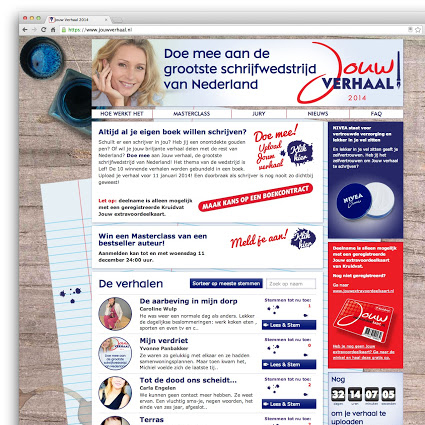 For Nivea and Kruidvat we came up with the national writing competition ‘Your Story’. Via a competition site developed by us, participants could submit their stories and gather votes via social media. The eight best stories were bundled in a book that was given as a gift when purchasing promotional products from Nivea. Writers Kluun, Peter Buwalda, Ronald Giphart, Ozcan Akyol, Marion Pauw and Robert Vuijsje gave unique masterclasses in the Amsterdam Arena prior to the promotional period, in which they shared their deepest writing secrets with the participants.